Numedal in Buskerud, the most southwesterly of the valleys in eastern Norway, stretches from the Hardangervidda national park in the northwest to Kongsberg in the south. The Numedal river runs through the valley and then through Lågendal south of Kongsberg before flowing into the sea at Larvik. The valley is broad and forested to the south, but more mountainous and steep toward the north.

Numedal was thinly populated until the royal silver works in Kongsberg opened it up to the outside world. Mining activities then led to new industries and population growth. The traders’ and drovers’ trails between eastern and western Norway, the Nordmansslepene, were of great importance to the valley. Droves of up to 300 packhorses could carry goods for sale at the Kongsberg markets, or tallow for candles in the mines. The opening of the rail line to Bergen in 1909 brought the centuries-old traffic on the trails to a close.

The farms could lie on level ground, on the valleyfloor or on steep hillsides. Farmyards could have up to twenty buildings, not an unusual number on farms in eastern Norway in the early 1800s. Terrain and the large number of buildings led to varied farmstead forms.  Buildings often lay unevenly spread out over a large area, and at a sizeable distance from each other. 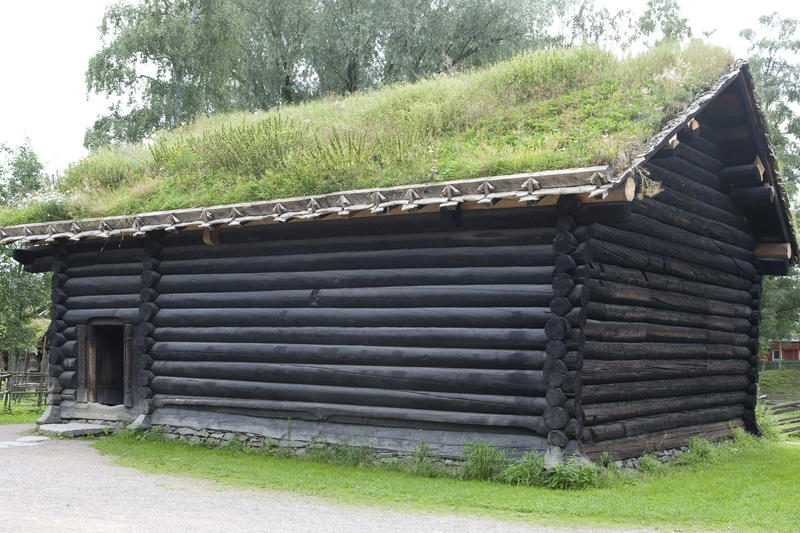 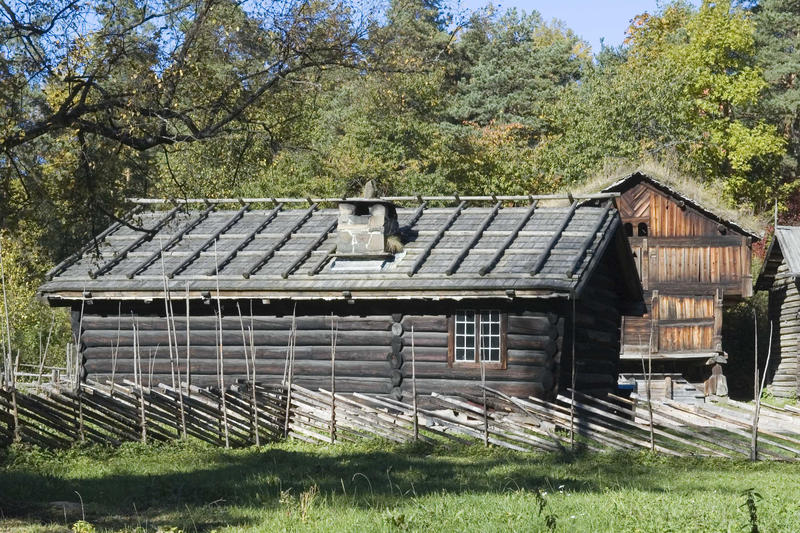